A stunning historical coincidence today, in an unlikely place

Rarely do my teeth require work beyond cleaning. But a funny little hole appeared in tooth 18 (they do have numbers, I’ve learned, by which they announce themselves). After two dentistical people poked around in it a few months ago, it was determined more needed to be done. Poking wasn’t hurting me at all but it also wasn’t getting us anywhere.

Problem was, the funny little hole had appeared half-tucked under a beautiful gold crown. So my dentist told me she’d have to remove the crown before filling the hole.

I could have wept, but normally I do not bawl at the dentist’s. I’ve always loved my dentists, and have long had an affair with the most au courant -caine available. But that crown, that particular crown carried with it history.

On a sunny Tuesday in September more than twenty years ago, I was at Joe’s, my then dentist, so he could install that crown. I was in one of Joe’s examining rooms, the one with the huge window facing south. Although his office was on the tenth floor of a 40th Street building, for some reason peculiar to the anomalies of New York architecture and maybe building codes, the view from the window was unimpeded by any taller building, unimpeded until the view halted at the North Tower of the World Trade Center complex.

Shortly after 9 am, I was standing in the examining room, waiting for Joe to come in and caine me, i.e., anesthesize the left side of my mouth. But one of Joe’s aides, a young woman, walked in first, sounding hesitant.

“I just heard on the radio, a small plane hit the World Trade Center.” I spun around and the two of us looked out of that window. We saw the building had been slashed open by a plane, parts of which remained outside…a wing and some of the fuselage. And flames.

Much wasn’t clear, except this was not a small plane.

Joe came in and we all stood at the window.

As we watched, a massive ball of flame burst upward along the front of the building. It was, I learned later, the second plane hitting the South Tower.

I got into the chair, Joe shot me up and while we waited for the caine to take hold, we looked through the window. “My son-in-law works in that building,” Joe told me. He’d tried calling but no answer. I told him we should stop the dentistry, postpone it, so he could devote his time to reaching his family. I could live with a temporary crown.

But Joe didn’t want to stop. So he finished the work. Installed that pretty gold crown. (His son-in-law hadn’t gone to the office that morning and was as fine as someone who lost his entire working life in one morning could be.)

My memories of all of this are as crystalline as that day and subsequent days throughout September were. It’s always a beautiful month for my city.

So you see why I might have been moved when, today, that crown came out.

Until I got home, though, I did not realize the significance of today’s date: December 7, the day the Japanese bombed Pearl Harbor, the day we entered World War II.

Here’s my reminder of both dates. 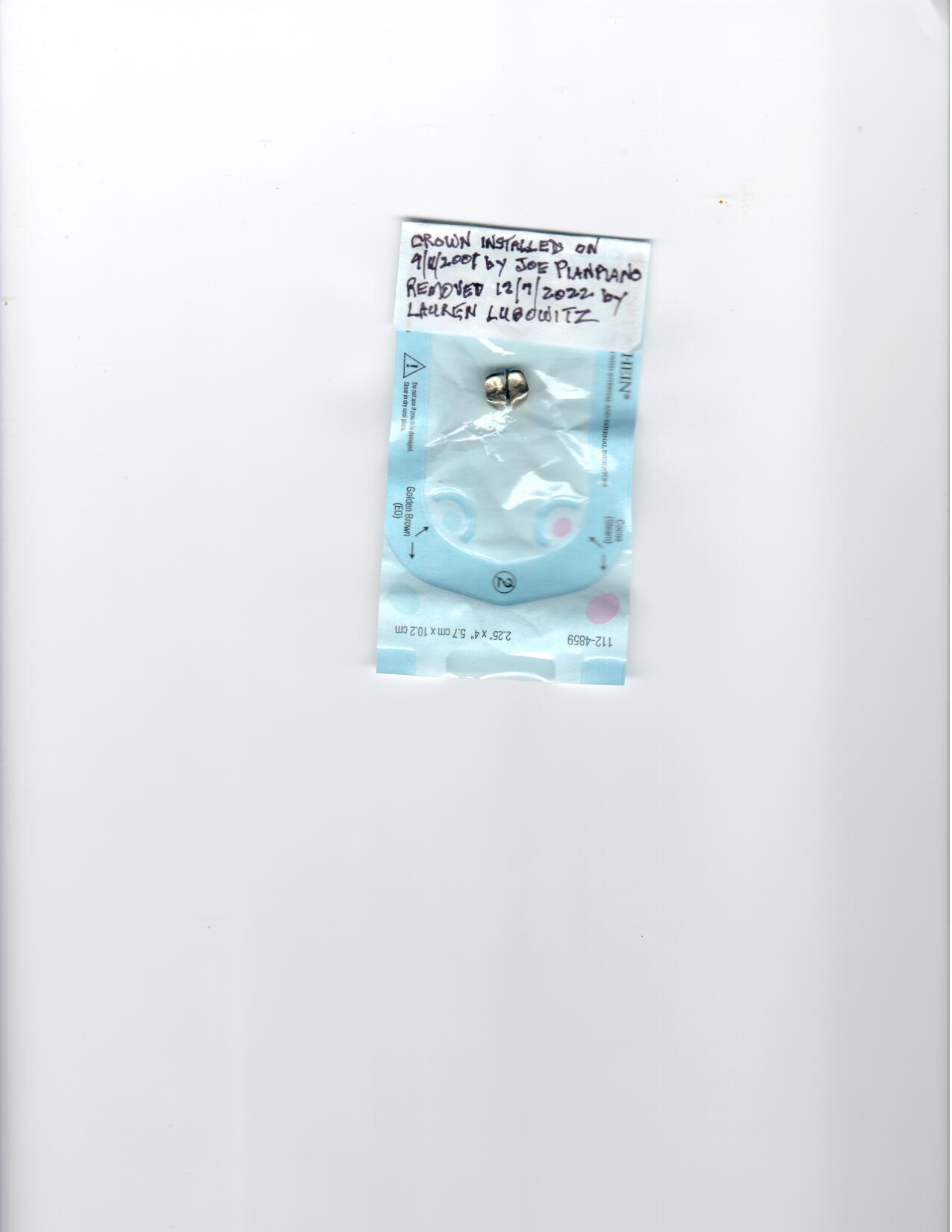 Tweet
This entry was posted in Medical care in the US, The Facts of Life and tagged December 7 1941, Old Man of the Mountain, Pearl Harbor, September 11 2001, World Trade Center attack. Bookmark the permalink.