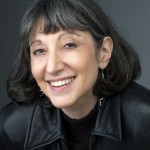 …a lawsuit is really great fun. It brings some interest into life, with coming and going and raging over it.  You will have a great deal to do…” –  Honoré de Balzac, The Country Parson and Albert Savaron

That’s how I first introduced this blog called Sidebar for Plaintiffs.

It was September, 2010. For the previous three years I’d been involved in a lawsuit against some people who thoroughly deserved being sued. On December 29, 2014 — seven eventful years after I filed the complaint — my lawyer and I settled the lawsuit for a satisfactory amount. Well, really, more than satisfactory.

During those years, I used Sidebar to tell the story of my lawsuit, through which I hoped to give readers so much specific and personal information about the entire process, they could relax and participate in good spirits with their own lawsuits. Thus, the Balzac quote.

When my lawsuit ended, Sidebar and I began to venture into wider territory. Into things that amuse me, horrify me, make me think, and wonder. Like animals.

And about my book, How I Learned The Facts of Life: Living With The News.

Now in Sidebar, I’ve been applying the great lessons I learned in separating facts from opinion and facts from fakes by, say, critiquing news stories that have more attitude that actual news.

And pointing out precisely why you shouldn’t be getting your factual news from TV.

Especially not from Fox or Sinclair.

Some short versions of chapters from How I Learned The Facts of Life also appear in Sidebar.

This site uses Akismet to reduce spam. Learn how your comment data is processed.