Animal news: a rat with “noxious spittle” that can kill an elephant

First thing I’m thinking — I, for one, never touch rats. None of ’em. I’ve seen biggies in Central Park. A few have crossed my paths. Yet never have I called out, “Nice ratty, come here, ratty!” And the rats, to give them some credit, have evinced no interest in nuzzling my feet or other parts of my body.

So is it enough that this particular rat resides in Africa, not in Central Park? I dunno. Elephants reside in Africa, too. But after the several years I’ve been following elephants (on the computer, not in situ), especially babies (with fuzzy little heads), I’ve come to know elephants are far more intelligent than, say, odd women wrapped in scarves who like to talk to and feed squirrels and other rodents. (Lately everything seems to remind me of one or another Tom Lehrer song, this time “Poisoning Pigeons in the Park.”)

The headline and sub-head of this highly informative if somewhat nerve-wracking article is: “This Rat Covers Itself With Poison That Can Take Out an Elephant:The African crested rat gnaws on poisonous tree branches, then grooms its noxious spittle into its fur.”

Although the rat itself is fairly adorable for a rodent. See? Could almost be a hamster or a guinea pig. Except for the noxious spittle. 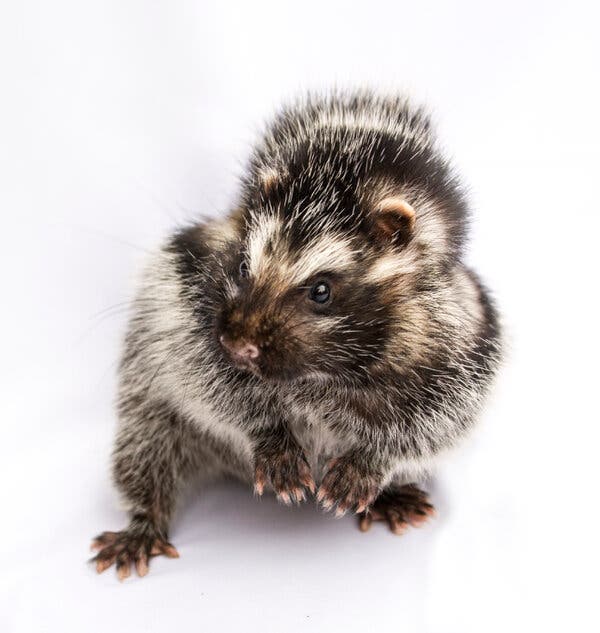 Tweet
This entry was posted in Animal news, The Facts of Life and tagged African crested rat, Poisoning Pigeons in the Park, Tom Lehrer. Bookmark the permalink.