Asked and ans–WHAT? Why we need to hear/see this stuff from Trump

What follows has been burning up Twitter today. It is an actual transcript of merely one of Trump’s answers to a reporter’s question during his daily TV performances. It begins with a question asked by a reputable reporter. The rest of it is Trump, word-for-word.

Kevin Kruse, a Princeton historian of great wit and expression, posted it on Twitter with the comment, “Try reading this out loud.” He says you won’t be able to get through it without collapsing in laughter.

I didn’t have to read it out loud. While reading it, you have a choice: (a) collapse in laughter or (b) collapse in horror. This is out of the mouth of the man who purports to be president of the United States. 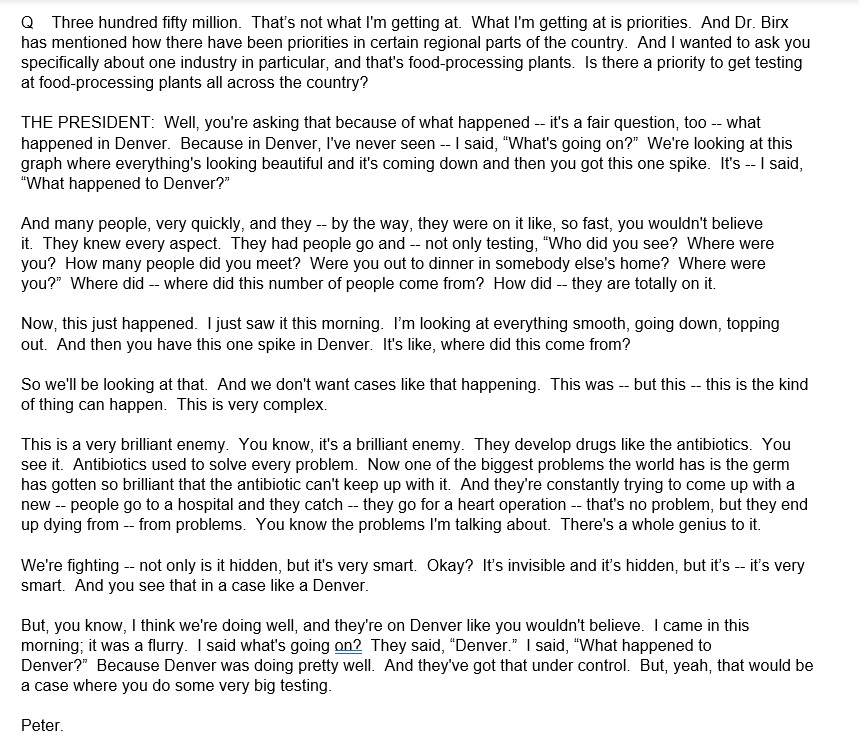