From SCOTUS blog, more and deeper judicial exegeses on police excessive use of force and the apparent disparity on how different races are treated by the police. The sentence that will blow you away:

What these cases show is that, at least within the judicial system, the problem is not so much that the courts don’t believe that racial disparities exist; it’s that they don’t care. 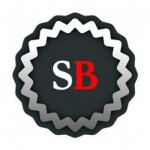 Today’s news remains focused on how the criminal justice system responds to the seemingly excessive use of force by police officers – and on the apparent disparities in how suspects of different races are treated under the law. That’s because, after a grand jury last week declined to indict Officer Darren Wilson for the shooting death of Michael Brown in Ferguson, Missouri, a grand jury this week refused to indict Officer Daniel Pantaleo for choking Eric Garner to death as part of an arrest for selling loose cigarettes. Both officers are white; both victims were black. And the blogoshperic response has involved a juxtaposition of two hashtags: #CrimingWhileWhite, in which white wrongdoers confess to a variety of fairly serious misbehavior that landed them no more than a wrist slap (or a ride home!) from the police; and #AliveWhileBlack, in which innocent African Americans tell stories of police harassment based on their skin tone. It is a very illuminating look into how law enforcement discretion provides fertile ground for racial injustice. People do stupid things and break the law, or maybe they commit some utterly unremarkable minor infraction, and whether they go to jail, get strip searched, or even get shot at might very well be a product of express or subliminal racial prejudice.

You might think this is a constitutional problem. The Fourteenth Amendment guarantees equal protection under the law; police cannot arrest, or search, or choke a person of one race when they wouldn’t arrest, or search, or choke a person of a different race under the same circumstances. As it turns out, that’s a lot less true than you would think, in large part because of the way the Supreme Court has decided to look at such questions. I have one particularly important case in mind, but there are many other contributors as well.

In the 1996 case of Whren v. United States, the Court considered essentially the following question: If the police pull you over because you are black, but could have pulled you over for breaking the law (in that case, turning right without signaling and driving off at an “unreasonable” speed), do you have the right to complain under the Fourth Amendment, and suppress evidence found after the stop? The Court said no. If there was a viable reason for the police action, it simply did not matter that there was also a bad reason. That’s true even if you could definitively prove that the stop wouldn’t have happened but for the racial prejudice of the officers. The Court expressly considered the argument that the traffic laws are so voluminous and technical that everyone is always breaking them, which could allow racial prejudice to run rampant. The Court’s response was essentially, “Oh well.” If there was a permissible, sufficient reason for the police to do what they did, it simply doesn’t matter if the real reason was discriminatory. This holding was unanimous; not one member of the Supreme Court thought otherwise.

To be sure, the Court in Whren emphasized that the case was just about the Fourth Amendment – that it “of course agree[d] with petitioners that the Constitution prohibits selective enforcement of the law based on considerations such as race,” and that the only upshot of its ruling was that “the constitutional basis for objecting to intentionally discriminatory application of laws is the Equal Protection Clause, not the Fourth Amendment.” But there’s real reason to doubt that there is any vehicle for making such an argument under the Equal Protection Clause. If you brought a suit against a police officer for discriminatory enforcement of the law (using the constitutional tort statute called Section 1983), the officer could argue that he was entitled to so-called “qualified immunity” from the lawsuit on the theory that there was an objectively reasonable basis for his actions. He could also contest whether you could show constitutional injury insofar as his action was justified – you don’t usually get to say that you were injured just because you were legitimately arrested when someone else would not have been. The general point is that, while the law forbids discrimination, it makes it very difficult to complain about it within the particular context of the criminal justice system.

This theme gets played out in other contexts as well. For example, there’s McCleskey v. Kemp, the 1987 case in which the defendant made a very impressive statistical showing that a black defendant was much more likely to get the death penalty than a white one. The Court explained that this was, again, not an appropriate basis to complain about one’s treatment within the criminal justice system: The only important question was whether the standard was met for you to get the death penalty, not whether someone else would have gotten it in the same circumstances.

What these cases show is that, at least within the judicial system, the problem is not so much that the courts don’t believe that racial disparities exist; it’s that they don’t care. That’s an intentionally provocative phrasing, but what I mean is that the questions the system asks are individualized (How were you hurt? Was it OK to treat you this way?), and so necessarily blind to issues of racially disparate treatment. There are many strong arguments that these actually are the right questions for courts to be asking – recall that precisely zero Justices voted to recognize the racial profiling defense in Whren. But the point remains that the structure of the criminal justice system doesn’t allow for an airing of whether the reasonableness of the actions taken by Darren Wilson or Eric Pantaleo were affected by the fact that Darren Wilson or Eric Garner were black, even if things would have turned out differently if they had been white.

Where does that leave us? With politics. Garner’s death in particular – perhaps because it was captured on video, and perhaps because he was suspected of such a minor crime – has brought condemnation from both sides of the aisle. Rand Paul, for example, has pointed out that the proliferation of very minor crimes is part of the problem. And indeed, rules like Whren’s make them a very serious problem from the perspective of racial disparities in law enforcement behavior. One way to address a legal system that treats those who are #CrimingWhileWhite better than those who are #AliveWhileBlack is to repeal or reduce laws that permit so much police intrusion into everyday life. Another is to use politics to create something the system does not yet have: a defense, or a cause of action, that allows you to sue the police or defend a criminal charge based on racially disparate treatment, even if – in isolation – your own treatment complied with the law. But the point is that awareness of those disparities isn’t enough; the criminal justice system would have to change its focus to really see them, and do something about them.

P.S.  Those who are interested in wasting more of their time thinking about Whren can read this law review Note by some idealistic law student.

This entry was posted in The Facts of Life and tagged judicial system, law and the courts, police brutality, police brutality lawsuits, racial disparity, racism in America, Supreme Court decisions. Bookmark the permalink.