About “How I Learned The Facts of Life” 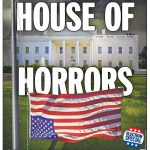 The day after November 8, 2016, some guy I don’t know tweeted he’d woken up late that morning. Found himself lying on the kitchen floor. Next to his dog and near an empty bottle of Scotch.

I didn’t have a dog or a bottle of Scotch. I’d slept in my bed. However, I did not get out of my pajamas for a day or so. And I don’t remember eating much.

Like millions of us, I’d been whacked by massive painful bewilderment. I grasped what had happened but I didn’t understand why.

Sure, I’d picked up low noise about malicious Russian disinformation, trolls, bots, fake news delivered on social media, whatever – but hadn’t believed any of it. Apparently, there had been an attack on America waged by our enemy. Sort of Cold War II, but I hadn’t been affected.

Yet I read the news every day, thoroughly, and I think about the news, also thoroughly. Either I was numb to the fake news, or hadn’t been a target of it.

This was a major deal. How the hell had I missed out?

I was still in my pjs when it hit me. Thanks to an odd and marvelous series of life lessons starting when I was six, I had been immunized against falsehoods, against deceit and propaganda.

I knew the difference between fact and fake.

And so I wrote How I Learned The Facts of Life: Real news vs. fake news in a time of plague, injustice, gobsmacking trumpery…and whatever comes next, to share those tales from my own life — tales which, year after year, built upon one powerful lesson I got from a brilliant teacher in a high school political science class: how to read newspapers.