Paths crossed through a scene from my life: Eva Sereny

I don’t remember meeting, in any conventional sense, Eva Sereny. We did not exchange names or shake hands.

Yet almost literally our paths crossed, over the parquet floor in the great ballroom of Rosecliff, an historical Newport, Rhode Island palace designed by Stanford White, which performed admirably as Jay Gatsby’s manor in Paramount’s 1974 The Great Gatsby. 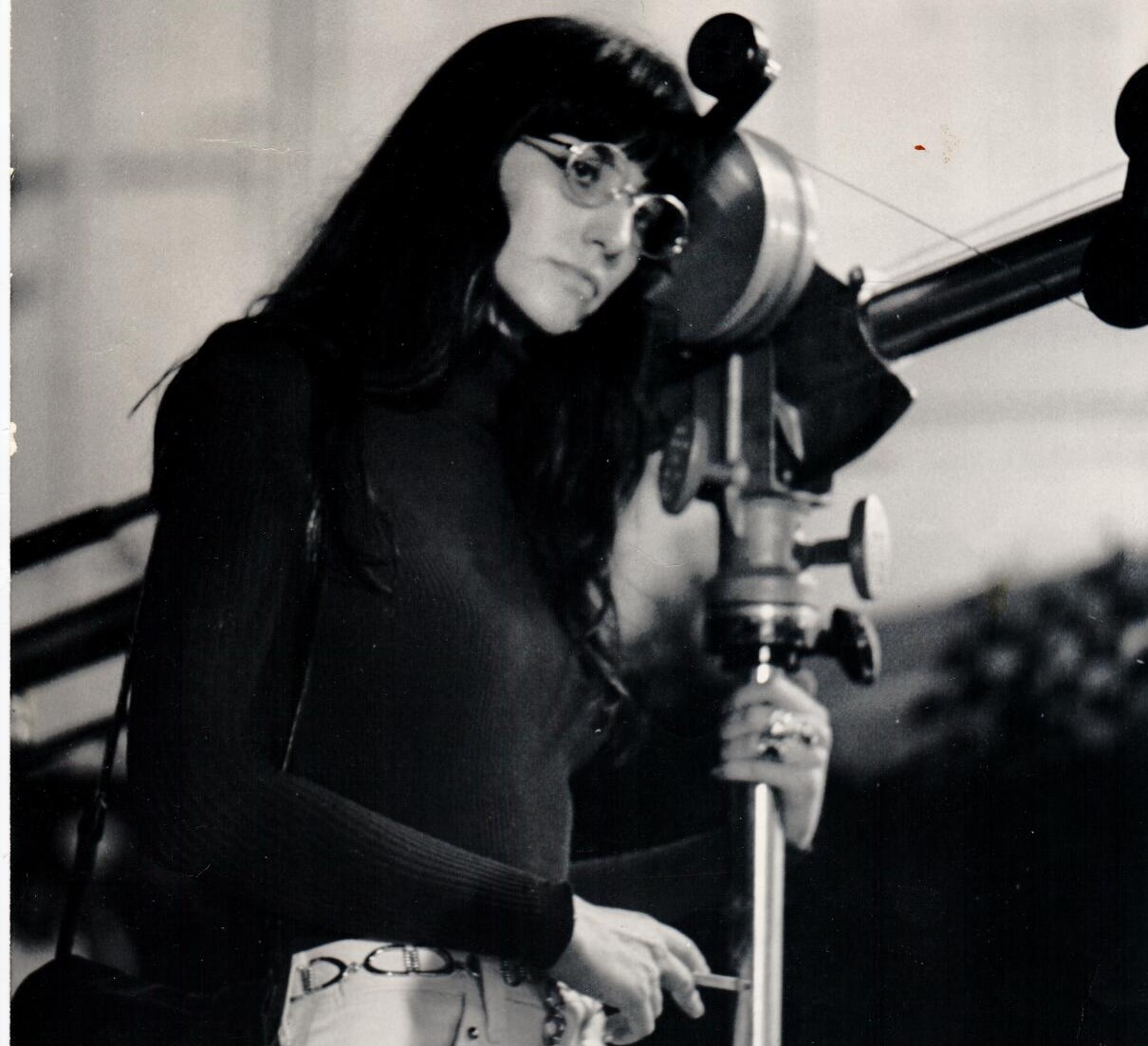 (There I am, above, on my favorite viewing post, a microphone boom, as I watched the shoot for an outdoor, frantic Charleston dance sequence. Behind me, fuzzily, is the exterior of Rosecliff. In my fingers, a cigarette. The photo was taken by our set photographer.)

When the dancing party scene set up in the ballroom, I took a seat — along with many other visitors — along the wall which wasn’t in the shot of Daisy and Gatsby moving through the crowd. And it was from my chair when I saw Eva.

Because this was Scott Fitzgerald, and a large, period expensive production with stars and glorious costumes, we had many photographers on the sets. Eva was the one I noticed. She moved quietly and self-effacingly around the ballroom with her camera, she was a woman and she was beautiful with the sort of unadorned beauty I admired.

No matter my vague title and vaguer assignment, I was in essence doing nothing but sitting around watching a film being made.

It’s hindsight for me now to realize what drew my attention to Eva: she was a professional, a professional woman, doing her job. I can’t say I envied her or wanted to take up her profession, but I wanted a working life that would give me her sense and aura of quiet, firm confidence.