From Richard Hasen, a pre-eminent elections and voting rights lawyer, this thorough critique published by CNN Opinions on why Neil Gorsuch would not be good for us citizens if he is confirmed for the Supreme Court:

It begins (my bolding):

(CNN)It’s no big deal, the thinking goes, that the Senate seems likely to confirm Judge Neil Gorsuch for the Supreme Court, as President Trump urged in his speech Tuesday night.

The President encouraged this line of thought — that elevating the judge from the United States Court of Appeals for the 10th Circuit “fills [Justice Antonin] Scalia’s seat” with another conservative and just returns the court to a five-justice conservative majority that it had before Scalia passed away last February. Nothing to see here, supposedly; the real action will come when swing Justice Anthony Kennedy or one of the liberal justices leaves, moving the court further to the right. Democrats should hold their fire until it counts. 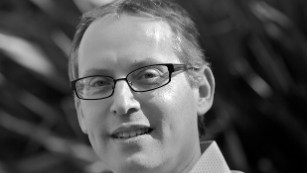 Unfortunately, this approach obscures the fact that keeping the steady course with a conservative replacement for Scalia will be bad enough across a range of topics important to many Americans, from environmental protection to immigration law to the ability of labor unions to collect dues from their members. Even though Gorsuch is not a Scalia clone, things are likely to be pretty bad on these key issues, because Gorsuch is likely to vote like Scalia, and the court with Scalia already was moving in a very bad direction.

Consider how things will likely get worse in two areas that are the focus of my work, campaign finance and voting rights.

And Hasen goes on to describe in detail how bad things can get with Gorsuch on the Court. Read the whole thing and shiver.