Scenes from my life: The once, now and future of birthdays

Years ago, a birthday brought a special sense to me, a frisson. The feeling something unspecific but good would happen.

Not gifts. Not appearances by some exciting person — although that has happened, but never turned out to be more than a one-day affair.

But at midnight on the eve of my birthday, I’d get a soft, emotional glow. I’d go to sleep on it and wake up with it.

It just occurs to me that glow was the same sort of feeling, except larded with pitiful desperation, which I had when I was 8 years ago. We’d moved from the Bronx to New Rochelle and I entered a new primary school. I did not have the type of character which would have led me to succeed in a new school. I was shy; I became a leper, the victim of nasty rejection by a group of girls who much later became good friends.

I’d spend a lot time alone, swinging on a schoolyard swing and dreaming that something magical would happen and suddenly I’d be popular. I became popular, at least by my definition, but not suddenly and not then.

When did the birthday glow fade? I remember one birthday when I’d been working on a complex WWII spy story, Wolves Live On The Wind, and not until midnight did I realize my birthday had ticked away without my awareness.

I’d forgotten my own birthday. I might have sent me a “sorry I’m late” card but I never thought of it, until now.

That was how birthdays, even the ones for which I threw myself a party, faded out of significance. No more glows, no more promise of something ineffable but definitely nice.

Today is my birthday. No glow, but a lot of thought. As today approached, I decided to work on integrating the bewildering number with the person I am. Wisely, I reported my plans to my friend Yola. She said, “Forget about it.” It’d be a waste of time.

I forgot about it, at speed. Thank you, Yola.

I was going to make some nice meal for myself but instead I’m having a wonderful time culling my decades-worth of writing files, reading notes about story ideas.

I had many notes on Brittany, one of earth’s favored places. My cousin Ruth and I planned two weeks in France and it was with her permission we visited places in Brittany which I’d used as locations for that aforementioned complex spy story, but hadn’t visited because at the time I was writing it, I couldn’t afford to.

We spent several days in a small town, Paimpont, in the middle of a huge forest once called Brocéliande, when it covered most of Brittany. 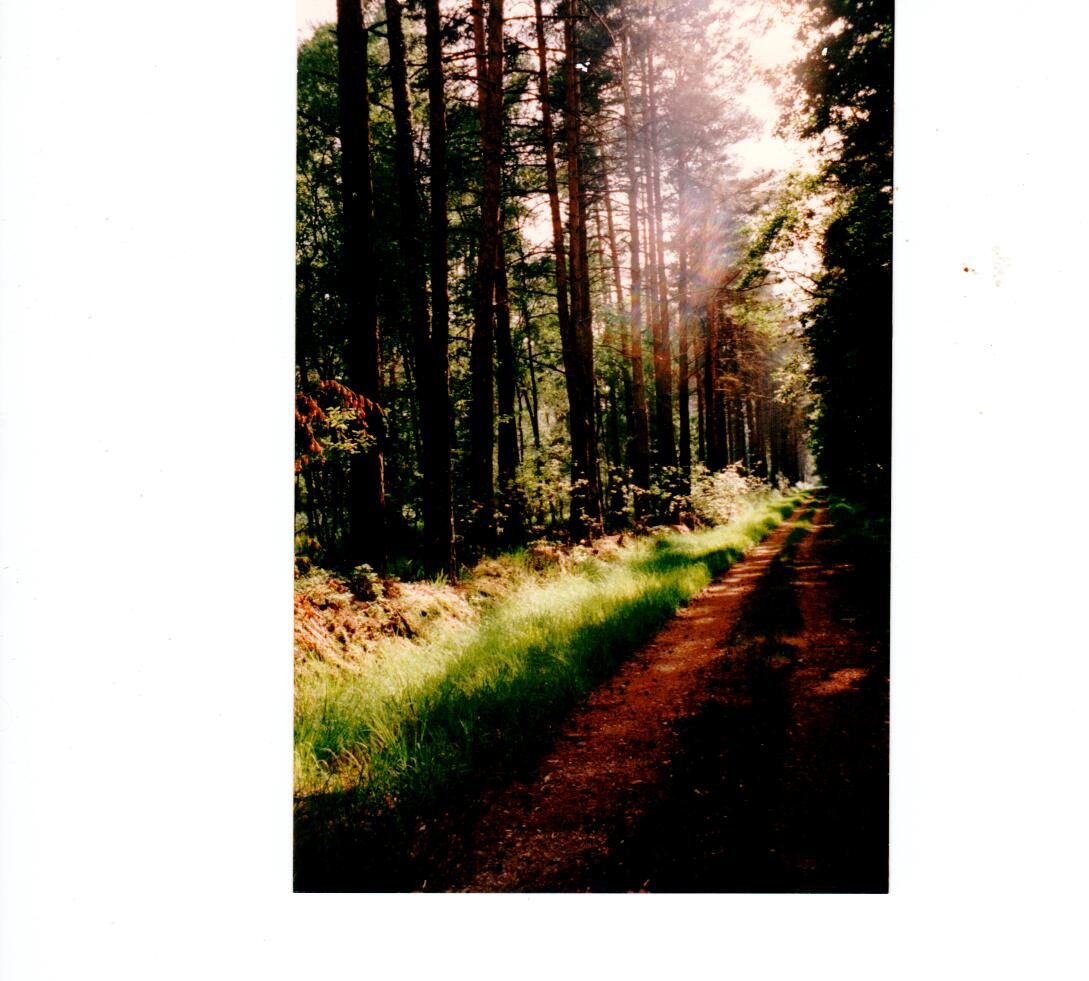 Many of you wouldn’t care to travel around Brittany; it is not a region which focuses on the entertainment of travelers. Not as Hitler did. He’d designated occupied France to be, when improved upon by permanent German ownership, a prime tourist destination for arts and fashion.

Paimpont had a few old buildings and a church, neither of which could be characterized as a tourist destination. What it did have, though, was an unearthly étang, a forest lake, over which there would be sunsets, which we could view and take photos of from our room. 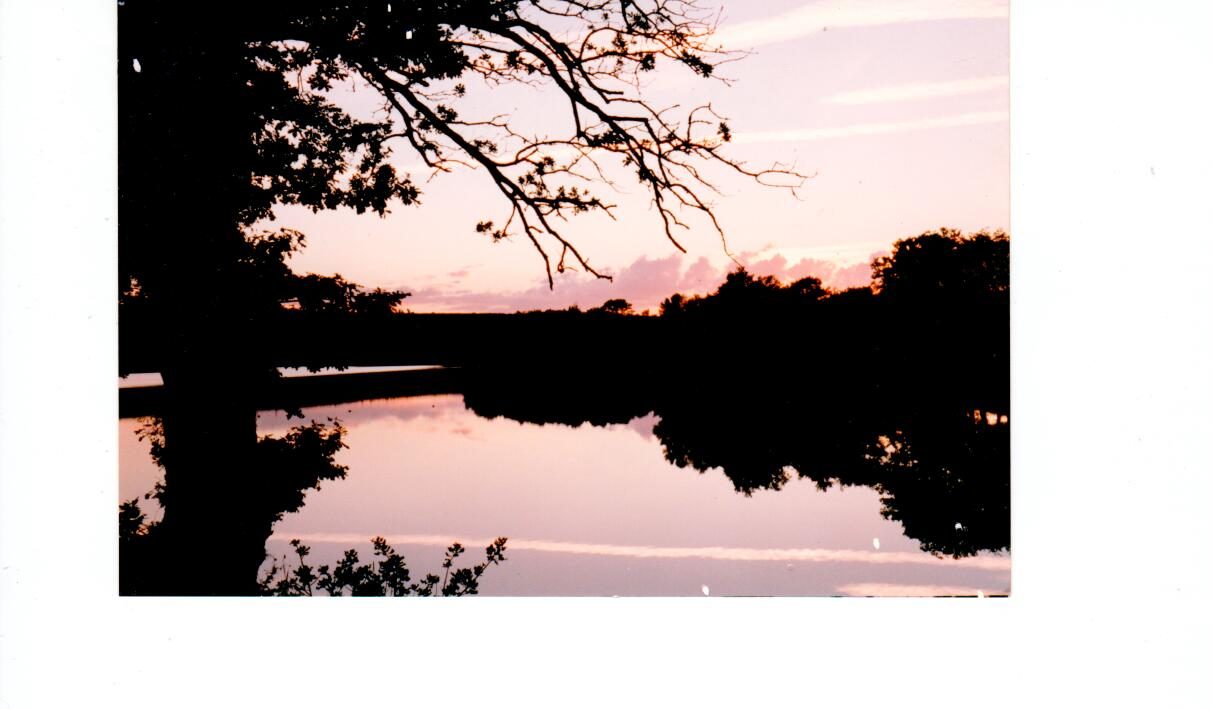 And the forest had mysterious castles. While driving around…

I suddenly see a small sign (it came up fast, no warning) for Chateau de Trécesson (15th century). I brake and back up and turn down a dirt road. Almost immediately, we come to a stone gatehouse and beyond it the absolutely perfect fierce fairytale castle. It rises on its rock foundation out of its own pond and is actually more defensive than magical (described on the local map as “beautiful military architecture”). At the gatehouse, there is a warning of a “chien méchant,” as well as a notice not to enter; the gate is wired as an alarm. But in the early evening light, it is  wondrous. Even more wondrous, only one other car has stopped to visit…

A dog did wander by (an ancient collie) who gave me a threatening look, but I think he was blind. If he was ever méchant, it’s in his dreams. 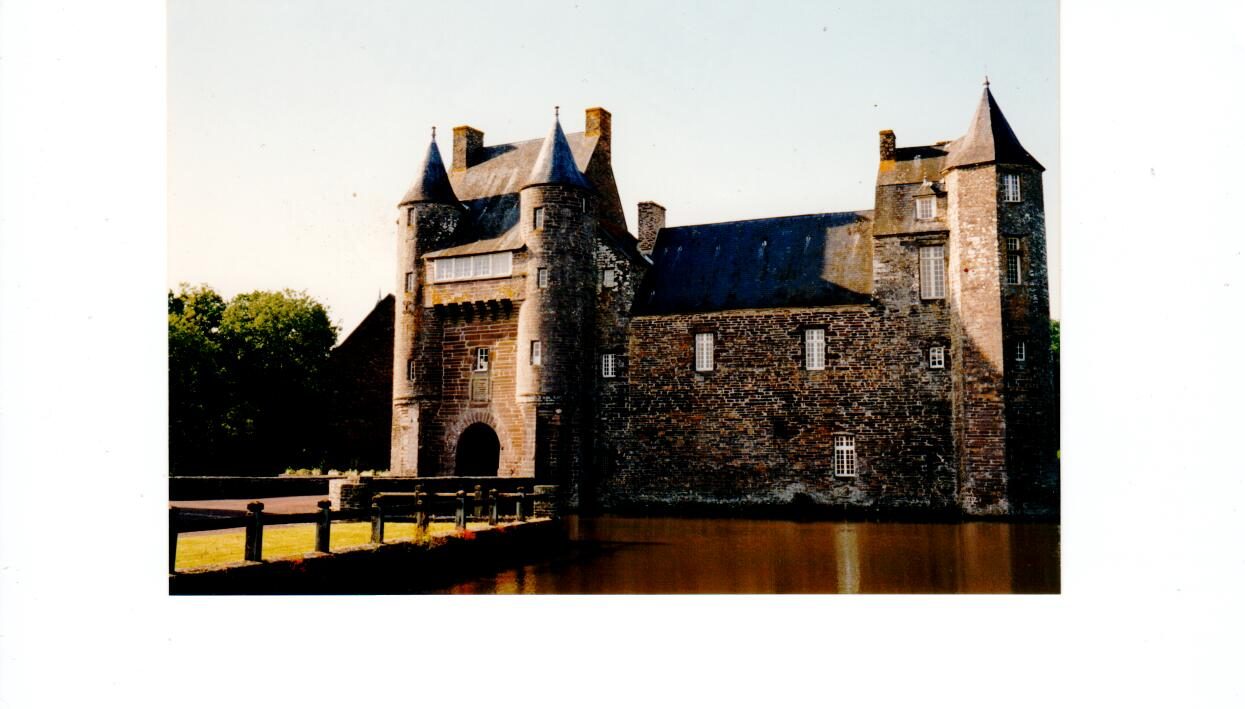 Tweet
This entry was posted in Scenes From My Life, The Facts of Life and tagged birthdays, Brittany, Broceliande, Chateau de Trecesson, Paimpont. Bookmark the permalink.

2 Responses to Scenes from my life: The once, now and future of birthdays