“The Delaware Court Of Chancery Seems Annoyed With Juan Monteverde”

Remember the lawsuit filed by Alexandra Marchuk filed against her former employer, the law firm Faruqi & Faruqi, for sexual harassment by partner Juan Monteverde? You do?

Oh, goody, because you’ll want to see this follow-up from yesterday’s Above the Law: A Legal Web Site. It begins — and ladies, hold on to your tempers:

The Delaware Court Of Chancery Seems Annoyed With Juan Monteverde 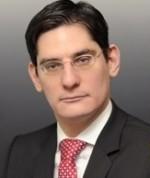 When Alexandra Marchuk filed her epic lawsuit against her former firm, Faruqi & Faruqi LLP, and one of its partners, Juan E. Monteverde, she aired a lot of dirty laundry. Here’s one allegation that got a lot of attention in the corporate-law community: “[In advance of a Delaware Chancery Court hearing,] Mr. Monteverde explained that Judge [Travis] Laster was partial to good-looking female lawyers, but F&F’s female local counsel was ugly; so Mr. Monteverde wanted Ms. Marchuk to appear with him because her good looks would influence the judge in favor of F&F. Mr. Monteverde told Ms. Marchuk to wear her hair down, wear a low-cut shirt, and to try to look as alluring as possible during the hearing.”

You will want to read the rest: The Delaware Court Of Chancery Seems Annoyed With Juan Monteverde « Above the Law: A Legal Web Site – News, Commentary, and Opinions on Law Firms, Lawyers, Law Schools, Law Suits, Judges and Courts + Career Resources.

A jury has awarded $140,000 to a former Faruqi & Faruqi associate, finding the law firm and a partner liable under New York City law for discrimination.

This entry was posted in Law, suits and order and tagged employment lawsuits, sexual harassment lawsuits. Bookmark the permalink.