Went to the DACA support rally and march

I got there a little early when there were perhaps 400 of us. It grew minute by minute into a big dynamic cluster with long arms reaching out–one along Central Park West.

An earnest guy was walking around handing out newspapers informing us that we needed to join the revolution. “We need a revolution, NOW!” he said. I politely demurred from accepting his newspaper. And his revolution, since I wasn’t too sure exactly what he meant by revolution.

Someone gave me a sign about how New York is an immigrants’ city. I held it up proudly. My favorite signs said “Shalom Motherfucker!” and “Deport Trump!”

And yes there were counter-protesters. Three. One brandished a big Israeli flag for reasons I didn’t get close enough to learn. Maybe he wants all undocumented Jews to be deported to Israel? Maybe he was not entirely coherent? Maybe he was at the wrong protest?

Another protester raised a hand-written sign saying “Deport All Illegals.” And the third protester, a woman, seemed to be the companion of the Deport All Illegals guy. She was very small so I couldn’t see if she was holding a sign.

None of the protesters was wearing heavy weaponry. This menacing little group hovered together at the edge of the crowd, next to a large statue. I forgot to inspect what possibly deplorable military leader or mythological figure was represented by the statue but I did know we were facing the statue of Columbus, plunk in the center of the eponymous circle.

I knew this because Trump International Hotel used to be the Gulf + Western Building and it was there I spent five adventurous years working for Paramount Pictures and often looking out of the windows upon the corner of Central Park where we gathered today; and Columbus Circle, where in June 1971 we all gathered at a south window to watch the brouhaha erupting when the aptly named Joe Colombo, (alleged) Mafia boss and very colorful character, was shot during a rally in support of DACA Italian Unity Day.

Which is more than you wanted to know, right?

Since I don’t carry a phone that takes pictures, here’s one I borrowed from Twitter–and I hope nobody minds, but I think nobody will: 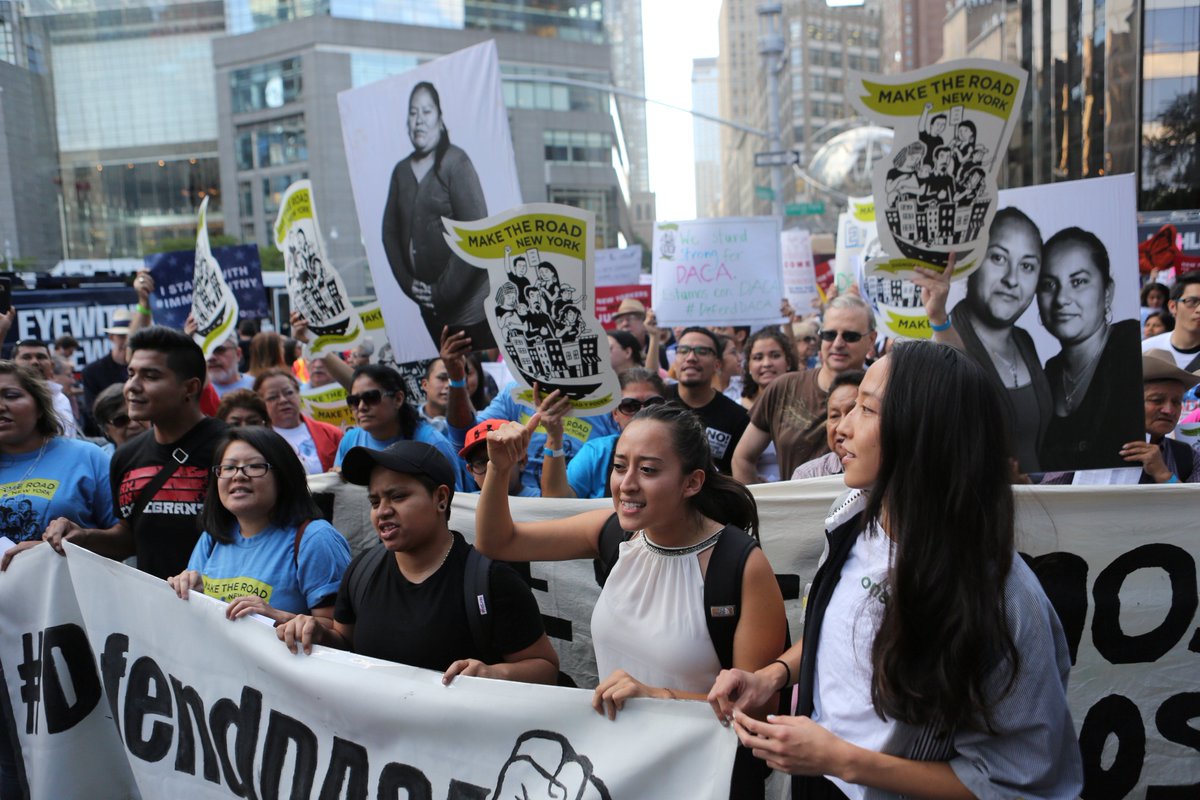 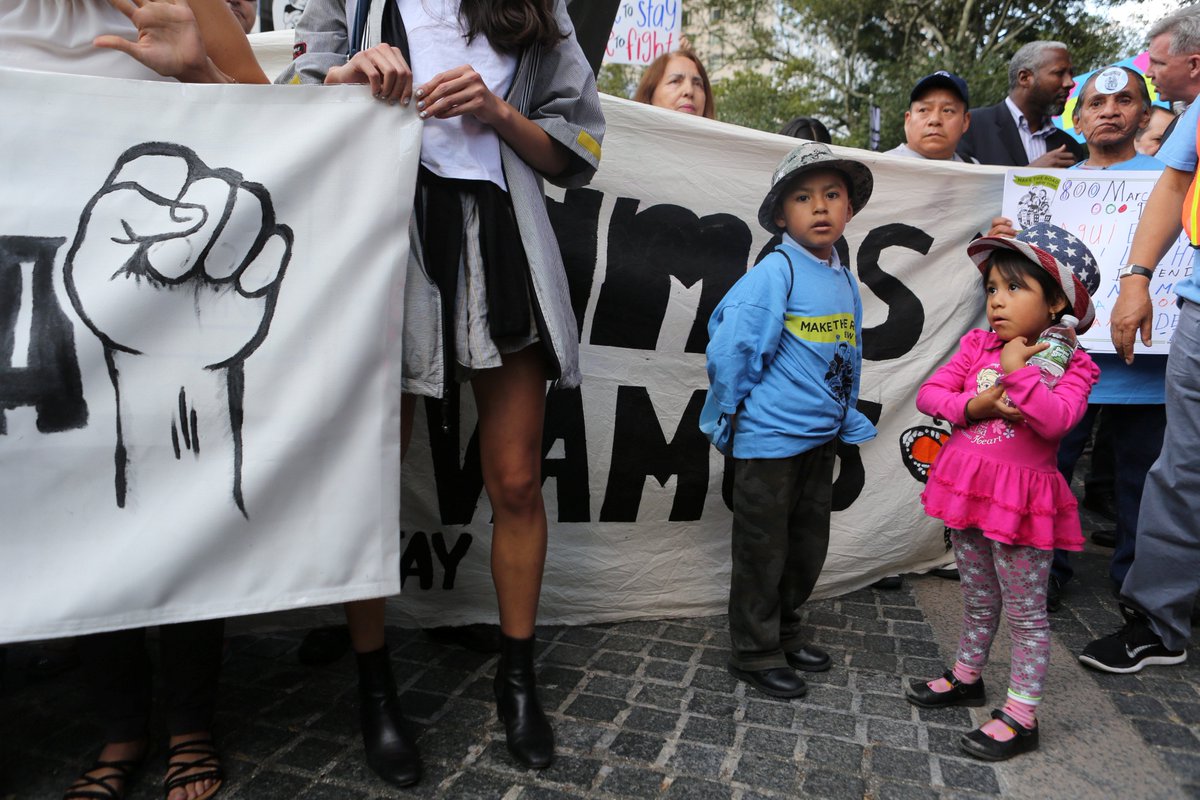 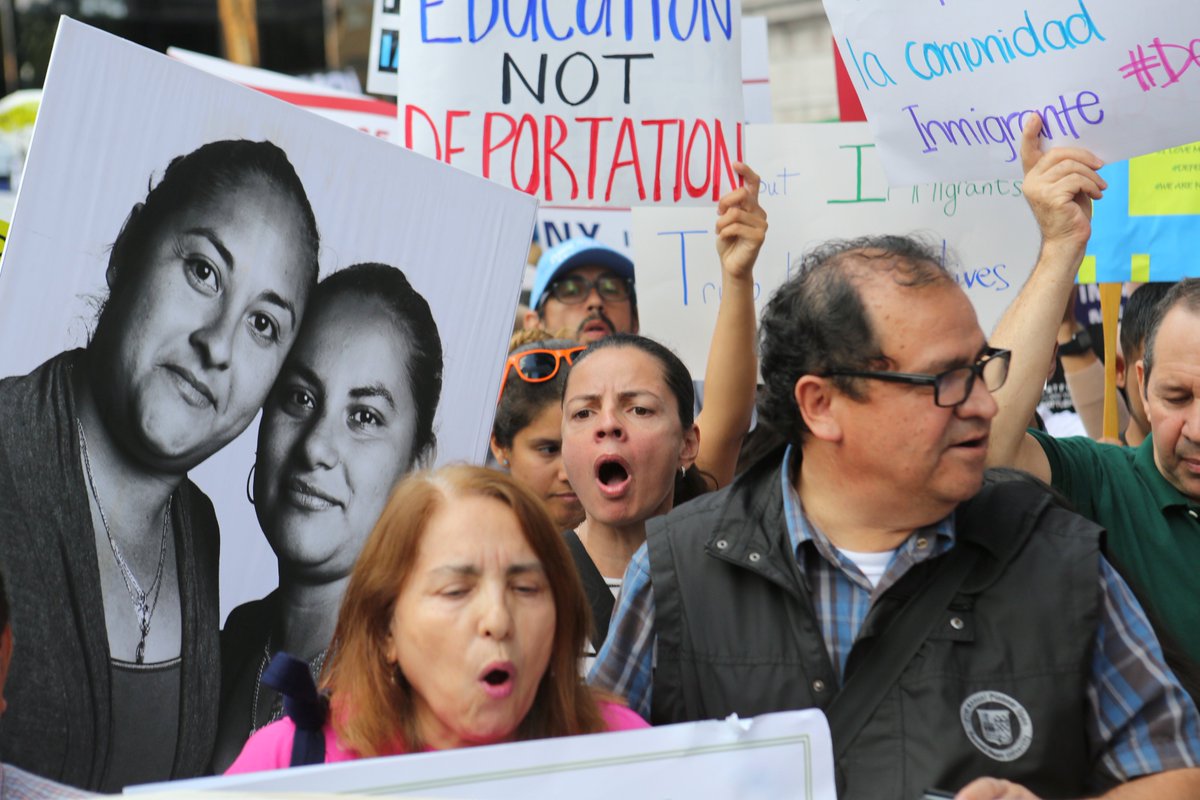